[ONLINE] Pushing the Cinematic Envelope: From Censorship to Film Ratings of the 60s and 70s 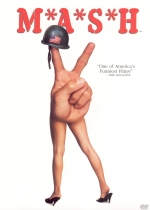 As far back as the silent movie era, film content has been sometimes called into question. Through the generations, thematic material, on-screen violence, lurid images, and objectionable language have often been the subject of scrutiny and debate. What is the history of the attempts by both Hollywood and external forces to curb or eliminate the impact of controversial scenes, dialogue, and characters? Enjoy clips and trailers, and hear some behind-the-scenes stories with film historian Frank Mandosa.

This program has been generously funded by the Friends of the Edgartown Free Public Library.

Registration for this event has now closed.